History of the ROA

The first president of the association, Sir Malcolm McAlpine (pictured), nurtured the organisation through its first 15 years of relative quiet. The association was marketed almost solely by word of mouth, membership rising slowly to 700 subscribing members during the period. The low membership meant the association could not be truly representative of owners’ interests, and, as a result, was largely disregarded by the Jockey Club.

Sir Malcolm's son, Sir Robin McAlpine, took over as president just as the association was forced to confront the effects of legalised off-course betting in 1960. Despite the continued monopoly on pool betting held by the Tote, the changes in gambling laws were to be seriously influential on the funding of racing. As all other sectors of the racing industry scrambled to re-organise and re-structure funding, little consideration was given to the needs of the owners who provided the horses, the real core of the industry. The association was suddenly faced with a multitude of issues. Most prominent and long running among these was the issue of prize-money.

In the early 1960s the association leapt into action, calling for an increase in second and third place prize money, highlighting the prohibitive cost of travelling horses long distances and pressurising Weatherbys to operate reasonable Sunday opening hours to provide owners with the latest possible information on running plans and the going.

Despite this increased activity, membership of the ROA only managed to reach above 800 at the end of Sir Robin McAlpine's term as president in 1969. The Jockey Club had attempted to further stunt the growth of the association by electing Sir Robin to their club in 1961, confounding his efforts with the burden of split loyalty.

ROA Progress in the Sixties

Yet some success was achieved during these years through co-operation with the Racecourse Association. They agreed to allow owners free parking, luncheon facilities and other such concessions. Some individual racecourses held out against these changes, but this was an important symbolic victory for the ROA, establishing that owners were not simply another form of customer, but an integral part of the racing industry.

During this period the ROA also collected, organised and issued its own statistics on racing, including details of ownership costs and prize-money values at racecourses. Without the involvement of any other part of the racing industry, and completed on a tiny budget, this move proved extremely popular with the members.

In the mid and late 1960s, the ROA continued to apply pressure on the Levy Board for prize-money to be spread out over more races, rather than to be so heavily concentrated in feature races. The association also campaigned for lower entry and forfeit fees.

In 1968, the association was drawn into a confrontation when the Levy Board insisted on keeping a range of new proposals about prize-money allocation confidential, requesting the support of the association despite excluding it from these financial decisions. Even after an urgent, high-level meeting between Sir Robin and Lord Wigg (pictured), head of the Board at the time, the Levy Board refused to change its position.

At the beginning of the 1970s, the association finally embarked on a proper marketing campaign, complete with advertisements in The Sporting Life. The ROA also began publishing its own magazine, The Racehorse Owner, which proved a good communication tool. As a result of these efforts, membership almost doubled by 1971, during John Baillie's presidency, and finally broke through the 3,000 membership barrier in 1976 under the leadership of Sir David Sieff (pictured). At the time, the association calculated that it represented nearly 6,000 racehorses in training.

This increased membership, which gave the association greater clout, brought an era of constant conflict with the Jockey Club, which lasted right up until the governance of racing was re-structured in 1993.

The ROA started to demand representation on the Levy Board, better management of the Tote and more contribution to owners’ costs through better prize-money, publicly claiming that the Jockey Club had totally failed to look after owners’ interests. This confrontation first came to a head in 1973 when the Jockey Club was openly dismissive of the association.

Despite the ROA finally securing reassurances from the then new Senior Steward of the Jockey Club, Lord Leverhulme (right), that the Club would listen to the association, this ultimately proved hollow. As a result, the association realigned its aims towards direct representation of owners on the Levy Board, considering the current model of Jockey Club appointees as having failed. The association also started to take up the issues of proper racecourse maintenance, and better pay and conditions for stable workers, in an effort to head off a potential labour crisis in the industry.

The ROA's efforts during this period were also closely connected to the financial concerns of the whole racing industry. The introduction of VAT in 1973 posed a new set of economic pressures and the association, along with the rest of the industry, was deeply involved in negotiations with the Government and HM Customs and Excise over the whole issue of how VAT would affect racing and bloodstock.

The association also started pressing heavily for higher minimum prize-money values but, as this was largely ignored by the Jockey Club and Levy Board, the ROA turned to a deeper investigation into the financial state of racing.

In the mid 1970s, under the presidencies of Louis Freedman (left) and later, Christopher Collins, the association commissioned a report on factors affecting the volume of betting, commissioning the International Racing Bureau to compare British racing with that of other countries. On discovering that British racing attracted possibly the highest betting turnover in the world, but, comparatively, produced the lowest returns to racing, the ROA went to some lengths to impart this information throughout the industry.

This action may have helped galvanise the Royal Commission on Gambling in 1976, which largely came out in support of more prize-money for owners. The ROA joined with the Racecourse Association, the Thoroughbred Breeders Association, and a host of other sectors of the racing industry, to present a submission to the Royal Commission on Gambling in which they proposed that the Jockey Club's yqxcueqwuatdzzrycuqzctvvefzurcbeaaecontrol of racing be discontinued The submission suggested a British Racing Board with proper representation covering all constituents of the industry. Although not successful, this idea was years ahead of its time, influencing the actual British Horseracing Board which was established in 1993.

Conflict with the Jockey Club continued throughout the 1980s, and the ROA found it difficult to make owners’ concerns heard when constantly obstructed. The association was denied a voice on the Sunday Racing Working Party in 1984, and snubbed on various other occasions.

Frustrated by lack of progress, the association adopted a new policy, taking the view that building a closer relationship with the Jockey Club might pay off in the long-run and allow the association more influence over the control of racing. At the same time, the ROA continued its work in protecting owners’ interests in other areas of the industry, holding regular meetings with the Racecourse Association, representing owners’ interests in relation to the growing issues surrounding televised racing, both domestically and by satellite, and also setting up a committee specifically to address the problem of prize-money distribution.

British Horseracing Board and the Savill Years

The creation of the British Horseracing Board in 1993 finally gave the ROA both a legal and practical voice in the control of racing. But a new era of racing management meant new challenges for the ROA. In addition to continuing with the decades-long pressure for better minimum prize-money levels, the association became involved in the British Horseracing Board's efforts to establish a credible long-term financial plan for racing. Under the leadership of Peter Savill, the ROA supported the Board in bringing pressure on the Government to ensure a much greater return to racing from betting revenue.

After his term as president of the association ended in 1998, Peter Savill went on to become Chairman of the British Horseracing Board. The previous Chairman, Lord Wakeham, resigned from the position only 24 hours before the BHB's annual general meeting, in protest against Savill's plans for the better financial management of the racing industry.

Savill's later plans, to base the funding of British racing on database rights, would, in time, have fostered a healthier relationship between the racing and betting industries. The proposal received the enthusiastic support of all the racing constituents including the ROA. However, these plans were ultimately defeated by a ruling in the European Court, leaving the industry unable to charge for database rights and struggling to find new ways to solve pressing financial issues. As a result, the Levy Board was re-instated.

Turn of the Century Growth

Since the turn of the century, the ROA’s membership peaked at 7,600 members in 2009. It has been involved in the racing industry's continuing efforts to acquire the Tote from the government, the association attempting to ensure it would have representation on whatever board or trust ended up controlling the Tote. Other developments over the last decade of the association include the publishing of the highly successful Thoroughbred Owner Breeder magazine, securing of the various owner-sponsorship schemes for ROA members, and the creation of the Horsemen's Group. This body, made up of owners, trainers, breeders, jockeys and stable staff, is now playing an increasingly important role in running the industry.

In recent years, the association has publicly expressed the need for the racing industry to work together towards the common good, to leave the factionalism of the past behind for the sake of racing as a whole. In the wake of the recent severe Levy Board expenditure cuts, this may be more relevant than ever as the racing industry adapts to face the needs of a world where the main source of funding switches from the statutory Levy to commercially-based media rights.

In September 2017, the ROA reached a total of 8,000 members for the first time. Chief Executive Charlie Liverton said: “This is a significant milestone for the ROA, and our sincere thanks to all of our loyal members. We have now reached the moment when we have more members than there are registered owners with horses in training.

“The continuing growth of our membership can be attributed to a range of factors, including the increasing popularity of ownership syndicates.

“It is down to the great loyalty and support of our members, recommendations from trainers and racing secretaries as well as the hard work of the ownership team at Weatherbys who for many years have provided assistance to owners at the point of registration.

“Our partners, who help make membership pay for itself, also play a key role, especially the Racecourse Association, the Jockey Club, Arena Racing Company and Scottish Racing whose free racecourse entry schemes are so very much appreciated by thousands of owners. We would like to thank all of our partners who support these benefits and the racecourses that help owners enjoy their racing all year round.”

Another central influence is the expansion of the package of benefits for ROA members. These include, in addition to the free racecourse admission, privileged car parking, owner-sponsorship, member insurance and discount schemes, Owners Jackpot races and an enhanced diary of events for members. These have all played an important part in rewarding owners and helping to raise the profile of the ROA.

Charlie Liverton added: “As well as this array of benefits, the dedication of our hard-working membership team has been of great assistance over many years. With a new database now being required to replace one that dated from the 1990s when membership was half the size it is now, and other initiatives in the pipeline, we look forward to further enhancing the ownership experience in the years to come.” 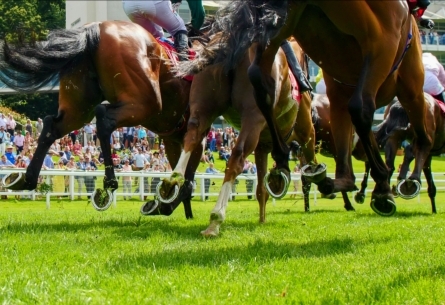 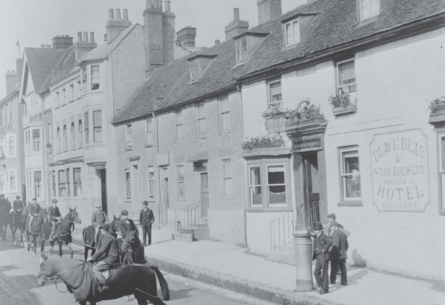